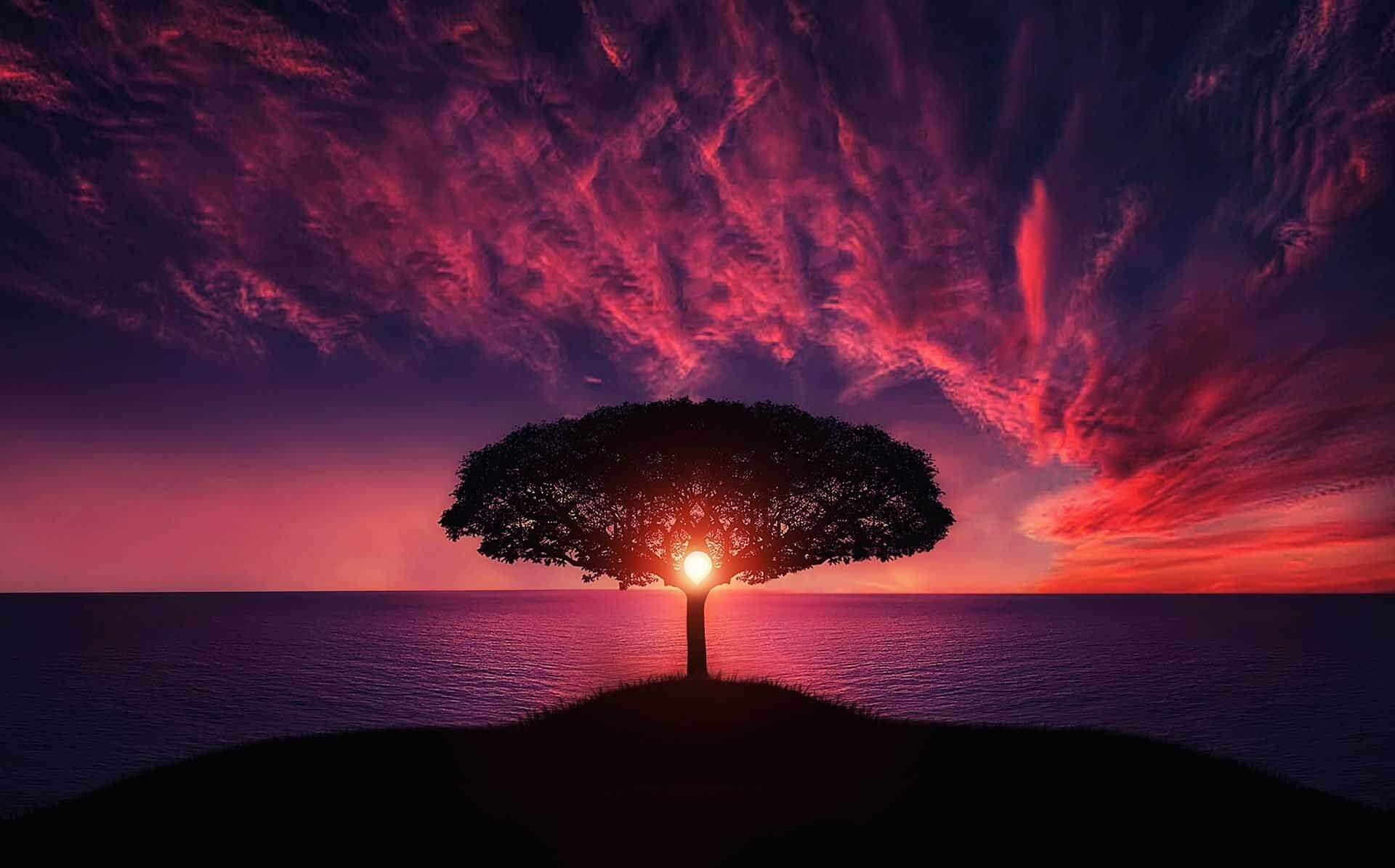 On September 22, at 9:31 AM ET, the Equinox is taking place. Equinoxes have been celebrated for millennia: they were considered among the most important days of the year in many esoteric and pagan traditions, as they have a specific and powerful spiritual meaning.

Each year we witness two Equinoxes, one in March and one in September. The Autumnal Equinox is commonly referred to as Mabon or Second Harvest in pagan mythology, while the Spring Equinox is also known as Ostara.

The Equinox is traditionally considered a time of transition, contemplation, gratitude, and a fresh start. As we enjoy the results of the work we have done so far, we also have the chance to let go of what we no longer want to bring with us and start a new cycle of growth. An energetic portal opens, giving us the opportunity to align with the cosmic flow and make significant changes in our lives.

September Equinox: Aligning to the Cycles of Nature

What happens in Nature at this time of the year reflects what happens within each and every one of us. No matter where in the globe you live, we are all experiencing an inner shift: September Equinox inaugurates a time of metamorphosis and spiritual growth.

For those of us in the Northern Hemisphere, Autumn begins. From now on, days get shorter, temperatures drop, and, after being out and about during Summer, we naturally feel the need to retreat, to spend more time at home and with our loved ones.

The Autumnal Equinox represents a time of harvest that inaugurates the preparation for wintertime and the colder months. We are entering an introspective and reflective phase: we are encouraged to cultivate gratitude, to appreciate the progress we have done, and shift our focus within to integrate the experiences we made.

In the Southern Hemisphere, the vernal equinox now occurs: this astronomical event signals the arrival of Spring. Slowly, Nature starts blooming while animals wake up and begin mating. Days will be longer and warmer and the hours of light available will increase: everyone feels more energetic, enthusiastic, and lively.

The Spring Equinox symbolizes a fresh start, the beginning of a phase of exploration and curiosity. It is traditionally associated with purification and rebirth, and it represents the perfect time for energetically cleansing your body and your home.

Finding Balance between Light and Darkness

The word “equinox” means equal night in Latin. On an Equinox, the Sun is in perfect alignment with the Equator: for this reason, day and night have nearly the same length.

It is not a coincidence that Equinoxes correspond to the beginning of Aries season and Libra season (read Libra 2020 Season article here), the Zodiac signs representing the Self and the Other. Aries and Libra are both Cardinal signs that mark the beginning of seasons and the start of a new cycle of growth.

On an Equinox, we witness a rare balance between light and dark that has the potential to increase our self-awareness, allowing us to meet our own shadow with compassion. Any Equinox represents an invitation to reflect upon any imbalances in our personal lives and our relationships with other people. During the transit of the Sun through Libra, we have the chance to work on what comes up and develop more self-awareness. 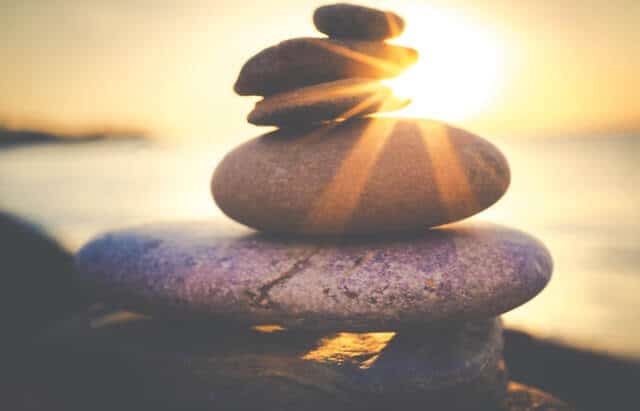 The energetic portal opening on the Equinox facilitates deeper levels of understanding of ourselves, of other people, and of the unconscious dynamics at play in any situation, offering us a fantastic opportunity to balance our inner masculine and feminine energies.

The History of Equinoxes

Ancient and sophisticated observatories of the sky can be found all over the world. People were aware of the fact that the locations of sunrise and sunset change slightly day by day, and they built specific sacred sites to measure and celebrate the changing of seasons.

In several places in Europe, people used huge stones to build circular monuments that, thanks to their perfect alignment with the movements of the Sun, would signal the arrival of the Solstice or the Equinox. Stonehenge is one of the most famous ancient astronomical and sacred sites, composed of huge monoliths placed in concentric rings. Modern pagans and Druids still gather there nowadays, waiting for the Sun to rise on the Solstice or Equinox, performing rituals and celebrations of the harvest season.

Native American Tribes of the Northern Hemisphere have been performing harvest festivals for a very long time at this moment of the year. The Harvest Full Moon is the one closest to the Equinox and represents the peak moment of their celebrations. During their ceremonies, happening only after the harvest has been stored and processed, people of the community gather and bring offerings for the elders of the Tribe, for the ancestors, and for Spirit. Everybody honors the Earth and gives thanks for the abundance she blesses us with.

In the Southern Hemisphere, Incas used to honor the Equinoxes on top of the sacred mountain of Machu Picchu, in Peru. There, they placed a giant stone known as Intihuatana. Each year, at noon on each Equinox, the shadow of Intihuatana disappears, signaling the exact alignment of the Sun with the Equator. Their holy stone forms an exact alignment with the Cardinal Points: North, South, East, and West. Each one of them marks either a Solstice or an Equinox, hence the beginning of a season.

Australian Aboriginals have celebrated Ostara as a time of renewal and rebirth for thousands of years. Sacred astronomical sites have been found throughout Australia too, where huge stones were positioned in perfect alignment with the rays of the Sun during Equinoxes and Solstices. Ancient peoples would gather at these spots to anticipate and celebrate the change of season: for some of them, this represented a time to seek out new food supplies and change their habitual routines.

September Equinox: Attuning with the Energy of the Sun

For thousands of years, cultures all over the world have honored the changing of seasons. It was a way to keep track of time and to celebrate the journey of the Earth around the Sun, source of life, light, and vitality for all beings.

In the past, people believed that during Solstices and Equinoxes the veil between dimensions gets thinner, and that it becomes easier to contact and communicate with entities, spirits, and beings from other planes. 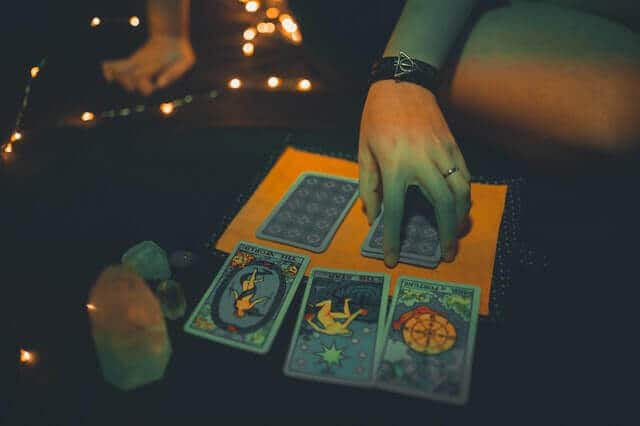 This is an extremely potent time that we can harness to align with the energy of the Sun and perform healing practices such as Sungazing at sunrise or sunset. Sungazing has the potential to raise our vibration, remove energetic blockages, and facilitate the activation of our pineal gland and Third Eye Chakra.

September Equinox represents an invitation to attune and synchronize with the frequency of the Cosmos and to set specific intentions for our spiritual journey. In what areas of life do you want to shine? How do you want to be seen? What do you want to manifest on your path? Where do you feel you have more room for growth? How are you choosing to expand?

In ancient Greek mythology, the Autumn Equinox marks the beginning of the six-month period that Persephone spent into the Underworld with her husband, Hades, corresponding to the planet Pluto in modern Astrology. Demeter, Goddess of Agriculture and Fertility and mother of Persephone, would mourn the loss of her daughter by making the Earth infertile during Autumn and Winter.

In the Northern Hemisphere, Mabon reminds us that the descent into the shadows is a necessary rite of passage, an integral part of our ascension process. Yet, just as the Sun after wintertime, we will rise from the darkness stronger and wiser.

In the Southern Hemisphere, Ostara represents the return of Persephone from the Underworld. The Earth blooms on the Spring Equinox, as Demeter gets to see her daughter again for the next six months. Ostara reminds us that there can’t be darkness without light and vice versa, and that, after a period of grieving and crisis, abundance and joy will be available to us again.

“The path isn’t a straight line; it’s a spiral. You continually come back to things you thought you understood and see deeper truths.” ― Barry H. Gillespie 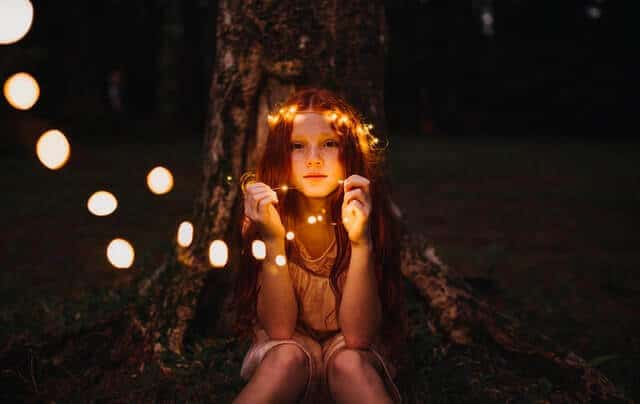 At this time, some of us may feel that we are going backward, but we are actually progressing. The spiritual teaching of Equinoxes is that light and darkness are equally important for our growth. Going through a dark night of the Soul or a difficult phase of our life doesn’t mean we are not in alignment with our path: it is often the opposite.

We are at a turning point in human history: the darkness that has been long hidden is emerging and it is now impossible to ignore or bypass. The Equinox encourages us to understand that facing our personal and collective shadow is part of the journey. The cosmic energies of this moment support our search for balance and inner alignment during these uncertain and volatile times, and remind us that light will always find a way.

Comment below with what resonated with you the most and tap on the heart if you enjoyed this article. Happy September Equinox! 🙂