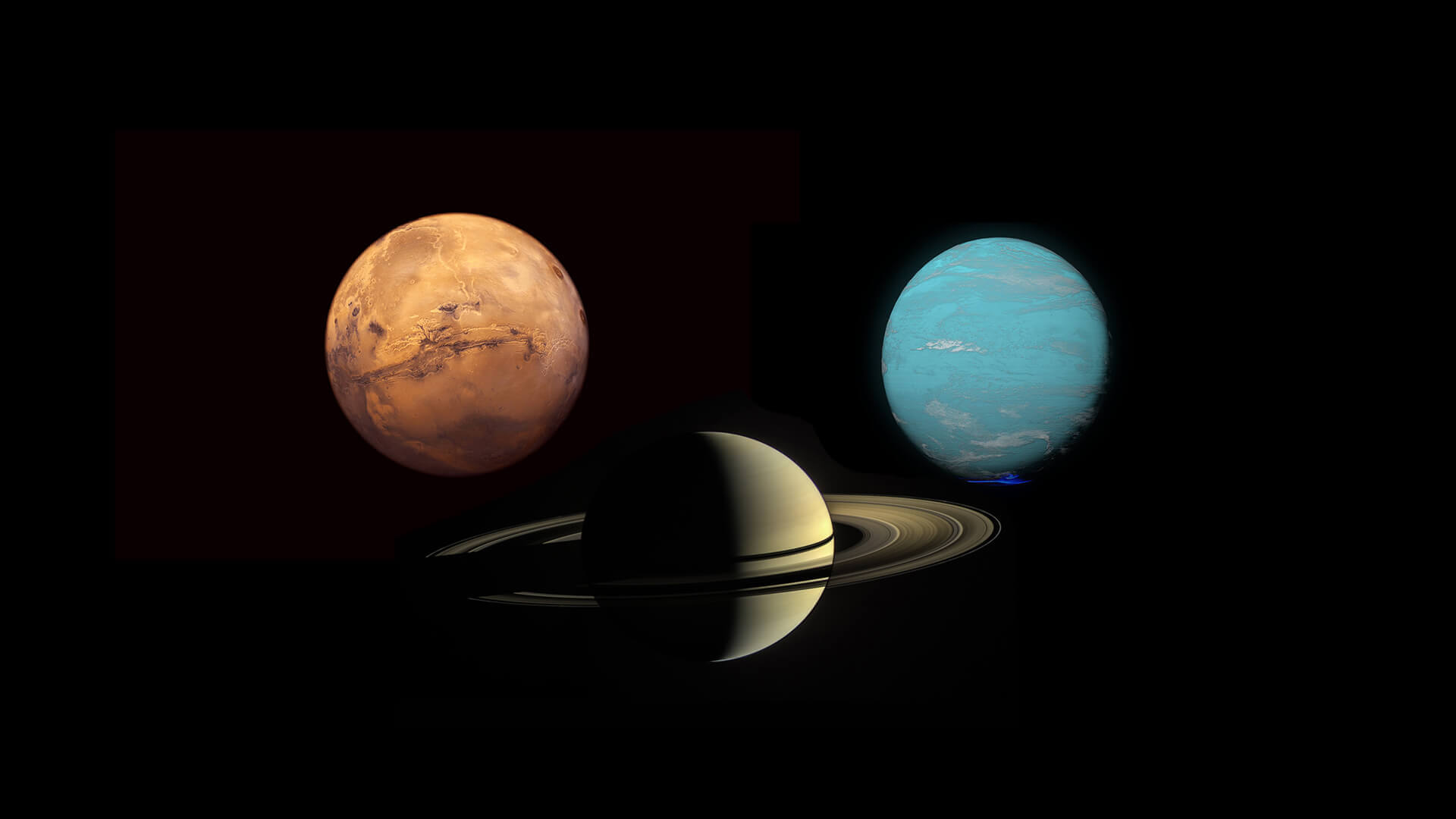 Between November 10 and November 17, Mars will square Saturn and oppose Uranus, turning on the tension of the Saturn-Uranus square, the major astrological alignment of 2021. We are likely to experience some degree of upheavals and unpredictability: many situations are likely to suddenly come to a head.

Mars square Saturn and opposite Uranus creates a pattern that needs to be considered holistically and comprehensively. These celestial bodies form a configuration known as T-square, consisting of two planets opposing each other, in this case, Mars and Uranus, and a third planet, Saturn, squaring both of them. A T-square involving Fixed signs brings the spotlight on our resistance to change and incites us to confront it.

The Saturn-Uranus square: From the Old to the New

Saturn square Uranus reflects a period of substantial adjustments for the collective, mainly relative to how we move towards the future and leave the past behind. The need for change and innovation is impossible to ignore, yet detaching from the known is never easy. It is a gradual process and one that we naturally try to resist. The past is linked to a sense of security, while the future inevitably forces us to deal with the unknown and some amount of uncertainty and insecurity.

This is a Last Quarter square, which is about to bring an entire cycle to closure. It is an aspect pointing to the need to gradually separate from the old to allow the new to come in: this awareness is associated with a crisis in consciousness and a sense of insecurity about our beliefs. 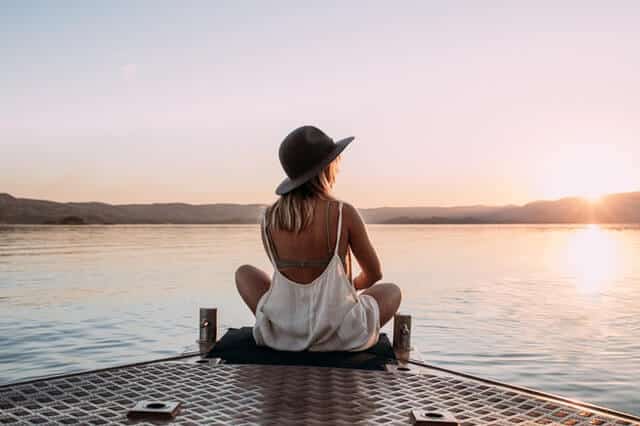 The Sun in Scorpio has been aspecting Saturn and Uranus at the beginning of the month, bringing new light to the themes and dynamics at play, which are manifesting both collectively and individually. The New Moon in Scorpio we recently experienced was aligned with both Saturn and Uranus too, indicating that the unfolding of these themes will be a major focus during the current lunar cycle.

Mars in Scorpio brings Things to a Head

The Mars-Uranus-Saturn T-square will be most active between November 10 and November 17, when Mars will begin moving away from Uranus. Nonetheless, the tension of these alignments will still be felt during the upcoming Partial Lunar Eclipse in Taurus, taking place on November 19. During this time, there is an increased possibility of extreme natural events, protests, disruption in the food chain and food production, financial volatility, and social disorders.

In Scorpio, Mars is at home and operates with great power and strength, promoting intense will, unmatched determination, and penetrating focus. Mars catalyzes action, stimulating new directions, new events, and new developments wherever transiting: these alignments may bring things to a head and force us to embrace change.

When Mars squares Saturn, many of us are likely to feel blocked, restrained, and frustrated. We may feel that progressing is hard: every time we take action, insecurity kicks in and leads us to take a step back. Under this transit, we may believe that we lack the bravery and the courage we need to go after what we want. During this time, we tend to never feel satisfied with what we do or achieve. Extreme self-discipline and self-control can lead us to be excessively hard on ourselves and prevent growth from happening.

Hard Mars-Saturn contacts can teach us how to work smarter and remind us to evaluate more carefully what we are fighting for, what we are trying to achieve, what kind of success we are looking for. This may be a time to question whether our idea of success represents a reflection of the conditioning we have internalized or it is truly our own. We will have an opportunity to learn to direct our life force more wisely and effectively.

Mars opposite Uranus: Electricity and Restlessness

Mars-Uranus tense aspects are famous for igniting a strong need to rebel and break free from constriction, as they often reflect a tendency for explosive and unpredictable reactions. Uranus is the planet of awakenings: when very active, it catalyzes a new awareness that pushes us to take quick action to implement change, as remaining stagnant and blocked isn’t tolerable anymore. During this transit, everything is truly possible: our creative and innovative faculties will be strongly energized, however, we need to use them wisely. 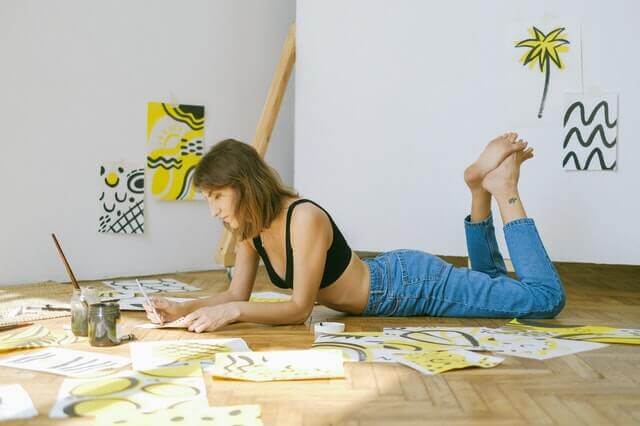 Both Uranus and Mars want freedom, and they are ready to fight for it: the Mars-Uranus opposition points at some degree of chaos, disorder, and fast sudden change. The influence of Saturn may hold us back from reacting as explosively as we would. However, as this aspect is happening simultaneously with a Partial Lunar Full Moon Eclipse, the degree of unpredictability is extremely high.

Mars square Saturn and opposite Uranus: Getting out of our Comfort Zone

During these days, expect to feel electricity and restlessness building up. There will be a higher potential for radical changes in our personal lives, social upheavals, and extreme volatility in world politics and the global economy, as the Taurus-Scorpio axis relates to money matters.

We are experiencing an explosive transit: as we gain awareness of those areas of life where we have been stagnant or overly comfortable, we may feel the urge to do something to get out of a place of non-growth. Alternatively, shocking news or events may force us out of our comfort zone, urging us to make adjustments rapidly to move forward in our personal and collective evolution, even if we don’t feel ready for it yet.

We will see more clearly how we block and restrict ourselves, and we will experience more frustration when dealing with external limitations. It could be interesting to pay attention to how our inner blockages and constraints may be reflected by our outer reality. The challenge we are facing could be to affirm our freedom and sovereignty in a constructive rather than destructive way, especially when confronted with sudden shifts, uncomfortable circumstances, and difficult choices.

For more personalized November guidance, practical advices and exercises on how to navigate through the energies of November we invite you to explore our deep November Horoscope we created with love for you! Now also available in audio book format – Simply tap here to access your horoscope.