Mars opposite Pluto: Owning our Triggers 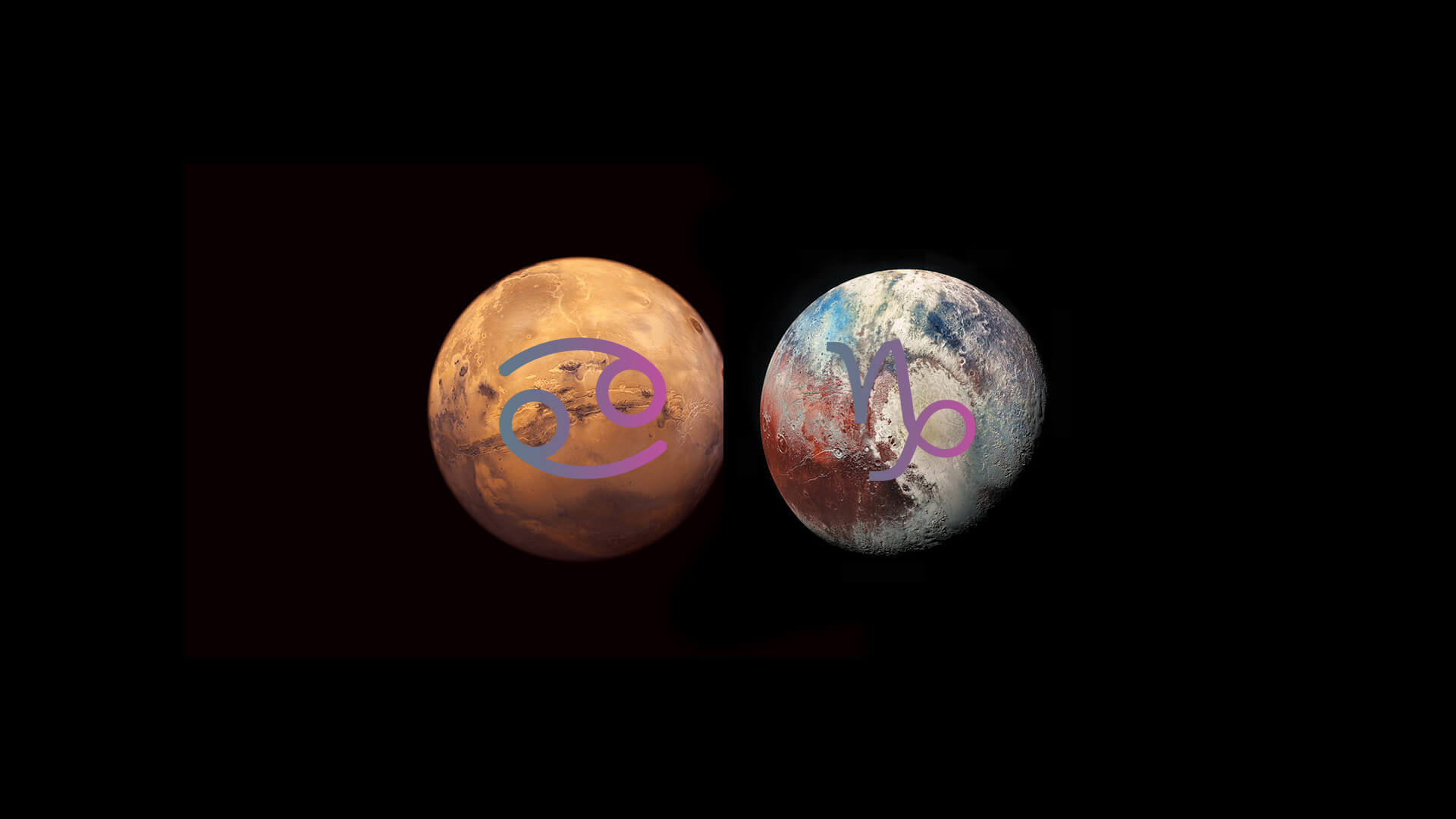 On June 5, 3:45 PM ET, Mars in Cancer opposite Pluto in Capricorn heats the atmosphere and the intensity goes off the roof. Astrologically, this is a very powerful and volatile day.

As our need for depth increases, Mars opposite Pluto may unearth deeply buried resentment, anger, and feelings of powerlessness, and the Moon in Aries squaring both of them adds an additional layer of subjectivity to our perception of reality. During these days, it is crucial to be responsible for our emotional reactions, own our triggers, and learn from them.

Both Mars and Pluto are potent evolutionary forces, and Pluto is considered to be the higher octave of Mars, a higher vibrational expression of the same energy. Mars is how we act, how we defend, how we go after what we want, how we pursue what we desire. While transiting Cancer, Mars tends to act indirectly and it is more defensive than aggressive. However, emotional impulsivity tends to be high, and we fight for something or someone we are attached to without second-guessing.

Pluto corresponds to all our unconscious material, to our deepest wounds, to lifetimes of unprocessed pain, and to our capacity to regenerate after undergoing intense psychological transformations. Pluto has been in Capricorn since 2008, deeply transforming the socio-economic structure of our society, as well as the structure of our consciousness, and our relationship with time, space, and limitations.

Mars in aspect to Pluto: Learning about the Nature of our Desires

When Mars is in aspect to Pluto, and especially so with conjunctions, squares, and oppositions, we have an opportunity to learn more about the nature of our desires. We have a chance to see beyond our obvious, conscious cravings, and discover what unconscious desires lie behind them. 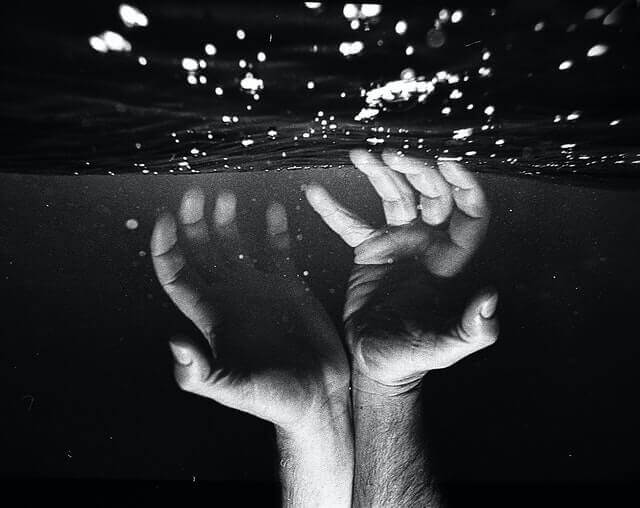 Mars correlates to our conscious desires, inherently egocentric, while Pluto corresponds with our Soul’s unconscious desires and evolutionary intentions. Through discovering and exploring all of our desires, we get to know ourselves better and deeper, and we get a clearer glimpse of the real reason behind our cravings. The Mars-Pluto opposition may offer us clues around the real purpose of what we are going through, what our Soul is trying to learn by creating similar experiences for itself again and again.

When two planets oppose each other, we experience something similar to the energy of a Full Moon. While the conjunction between two celestial bodies is associated with the beginning of a new cycle, such as New Moons, with the opposition we experience its culmination and maturation.

To fully understand what a particular opposition is about, we need to go back to when the planet met in conjunction for the last time. Mars last joined Pluto on March 23, 2020, at 24° of Capricorn, and during the same week, Mars joined Jupiter and Saturn too. Events that first began to emerge around that time will now reach their maturation point, and we are likely to be exploring similar themes and issues, while the intentions and projects we started back then may bring us results.

Oppositions are a time of revelations, and at this time we often witness polarization. We have a chance to see beneath the surface, beyond the veil, gain more clarity and get to understand ourselves and life better, often through the mirror of others.

On June 5, as Mars opposes Pluto, retrograde Mercury in Gemini squares Neptune in Pisces. The square between Mercury and Neptune has been ongoing since May 22: it reflects the sense of confusion and the struggle with critical thinking and decision-making many of us are experiencing.

Misunderstandings and miscommunication may cause unnecessary conflict: being mindful of the words we choose and how we express our thoughts is advised. Meanwhile, the Moon, ruler of Mars, will be in Mars’ home sign of Aries and squaring both, adding fuel to the fire.

Mars is in the Moon’s domicile and this configuration, known as mutual reception, strengthens the expression of both celestial bodies involved. Mars in Cancer is traditionally considered debilitated, yet the Aries Moon gives it a boost of strength and willpower while increasing impulsivity and the general emotional reactivity, which is already high, as reflected by the Mars-Pluto opposition.

Mars opposite Pluto: Owning our Triggers

Mars opposite Pluto indicates the potential for raw passion and intense attractions, as well as the possibility of power struggles and arguments. We are not interested in shallow and superficial interactions during this transit. We seek and demand depth of connection, raw truth, and all-consuming passion: compromising will be harder than usual. 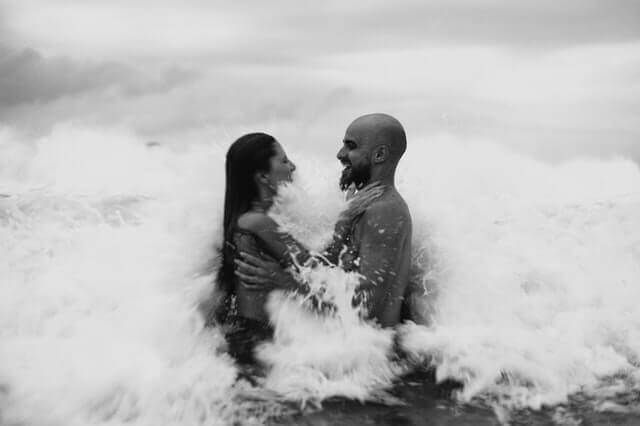 General themes that may occupy our attention these days are those related to the Cancer-Capricorn axis, such as family dynamics, issues with authority figures, bosses, laws and regulations imposed upon us, dilemmas around financial independence and emotional security. What emerges will highlight the need to minimize external dependencies, emotionally mature, set and hold healthy boundaries, and trust ourselves enough to become our own authority.

Interpreting everything very subjectively will be the main tendency, and excessively heated responses will be easier than usual. Anger, frustration, and resentment that were long suppressed may suddenly emerge and cause an explosion: under the influence of this transit, reactions tend to be disproportionate to the stimuli.

Libra is the resolution point of the T-square configuration formed by Mars and Pluto squaring the Moon in Aries. There is a need to be diplomatic, seek the middle way rather than alternating between extremes, and strive for healthy compromise and negotiation while taking whatever comes up as an opportunity to reach a deeper maturity and understanding of ourselves.

To dive deeper into your personal astrology and learn more what June has in store for you, we invite you to get our June horoscope!