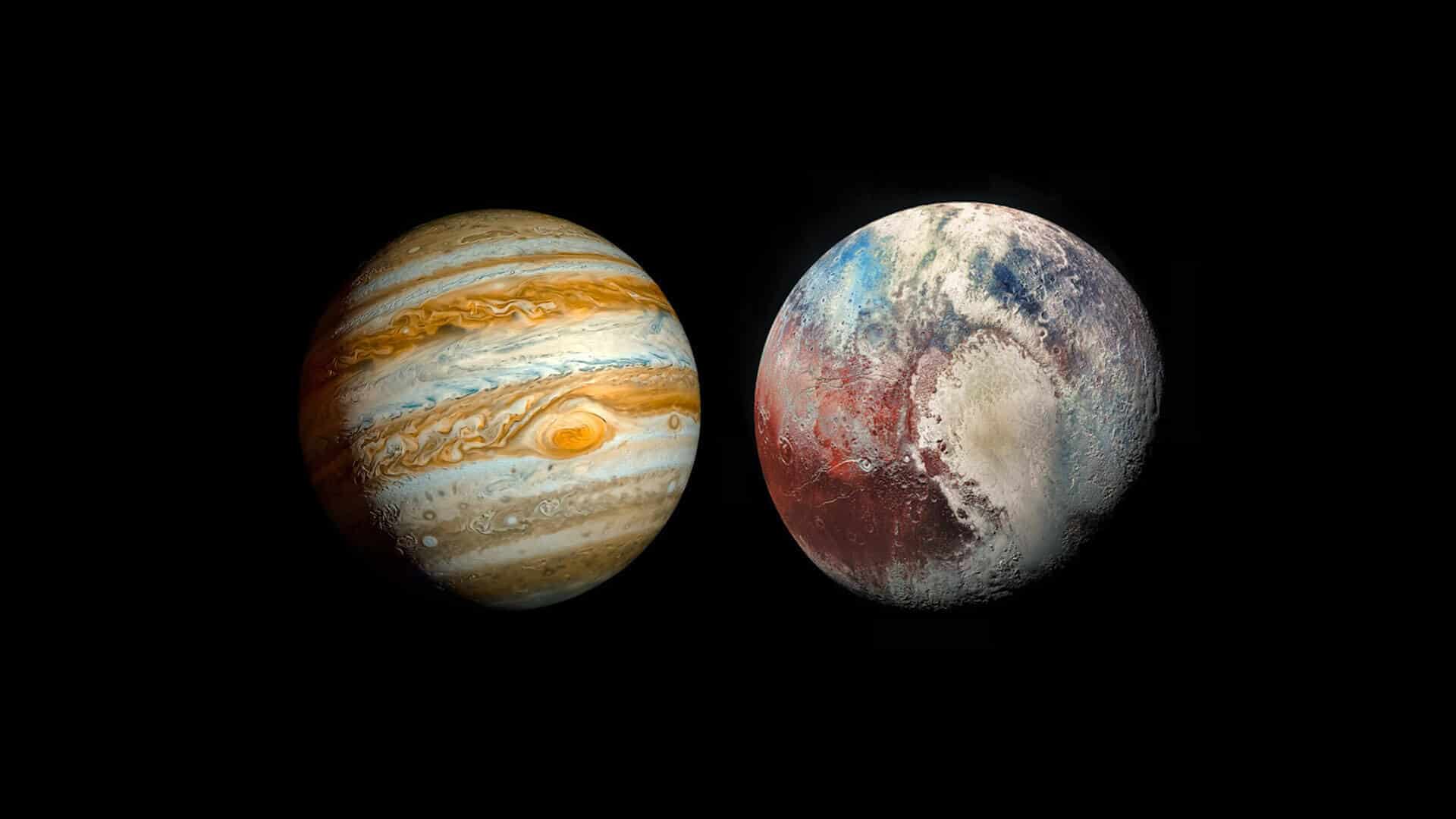 On November 12, 04:38 PM ET, Jupiter is exactly conjunct Pluto. We experience the last of a cycle of three conjunctions between the two planets in the sign of Capricorn. This aspect represents both an ending and a new beginning: it correlates with a profound global transformation that is inviting us to discover a new sense of purpose and meaning.

Jupiter and Pluto meet only every 12-13 years, and this is the last time they will meet in an Earth sign for a long while. Pluto is a generational planet, strongly related to what is going on in the collective: he moves extremely slowly and won’t enter Taurus until 2097. For this reason, this particular Jupiter-Pluto conjunction in Capricorn is highly relevant for all of us: its effects will be long-lasting and may dramatically change reality as we know it.

To fully understand the significance of this cosmic alignment, it is crucial to demystify the true meaning and the evolutionary purpose of the Capricorn archetype, beyond the way it was distorted.

Capricorn: Beyond Conditioning, Repression, and Shame

Capricorn is a sign that has been widely misunderstood. Despite having been commonly associated with endless ambition, cold-heartedness, and thirst for money and success, Capricorn is a Yin archetype, meaning that it has feminine qualities and an energy system directed within, towards one’s inner world.

The evolutionary purpose of Capricorn is to allow us to offer something of lasting value to the collective, by aligning with a role that reflects our essence and honors our qualities and talent. For this to be possible, we need a level of self-knowledge and self-mastery that we can only achieve with time and continuous dedication, in the context of a structure that promotes reflection and introspection. Holding healthy boundaries is an essential and non-negotiable part of this process.

For this reason, Capricorn is about space, time, boundaries, and structure: it correlates to the structure of society, of our body, and of our inner world. It is associated with the process of aging, with time and maturation, and with the awareness of one’s limitations and mortality. Capricorn correlates to the limits of our perception, to our physical boundaries, to the restrictions we impose on ourselves, and to those forced upon us by the external environment.

We can’t understand Capricorn if we don’t understand the opposite archetype, Cancer. In the Zodiac, a sign can’t exist without its opposite, as they are complementary expressions of the same energy. Both Capricorn and Cancer rule the process of emotional maturation, self-reliance, and coming into contact with our own authority.

While Cancer is about reaching a sense of inner and emotional security, Capricorn is about achieving financial and material security: they are both essential and equally important. A good balance between Cancer and Capricorn means having the capacity for emotional self-regulation, a healthy concept of discipline, self-care, and self-nurturance. It means being able to find harmony between work and rest, to relax without feeling guilty, and to take responsibility for both our inner and outer life.

The Cancer-Capricorn polarity is also the family axis, Cancer being the Mother and the home, Capricorn being the Father and society. The dynamics we experience in society are an extension of family dynamics, which in turn reflect our internal dynamics, conditionings, and core beliefs. Changing one of these factors can change the others: this is why working on ourselves is so crucial in times like these.

Jupiter conjunct Pluto in Capricorn: Letting Go of What is Not Authentic

A conjunction is when two planets, from our perspective on Earth, form an exact angle of 0° and look perfectly aligned. According to Astrology, their energies merge and work together: you can’t take one into account without considering the other.

Pluto’s transit through Capricorn started in 2008 and will end only in 2023. Pluto is the force of evolution: he radically changes the expression of each sign he transits through by bringing all shadows to the surface. Pluto demands transformation: this planet promotes radical metamorphosis by breaking down what has fulfilled its purpose and what has no longer meaning. 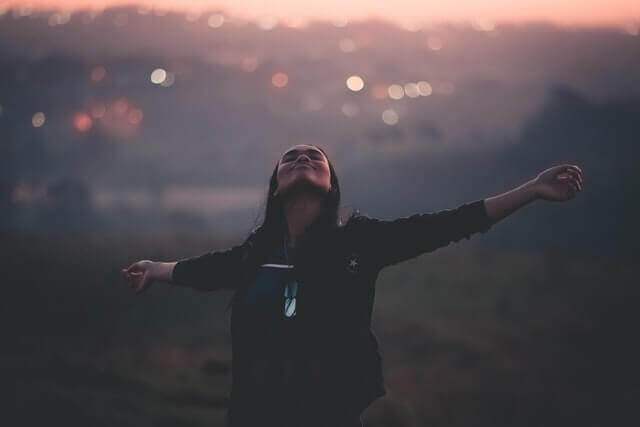 Meanwhile Jupiter, the Giant of the Solar System, exacerbates whatever dynamic he is involved in, making it impossible to ignore. Jupiter correlates to Natural Laws, to authenticity, to experiential knowledge, and our sense of meaning: the Jupiter-Pluto conjunction reflects the death and rebirth of our belief system.

The Jupiter-Pluto conjunction is taking place at 22° Capricorn, the same degree where the last Saturn-Pluto conjunction happened, back in January. There are no coincidences: the Cosmos is giving us an important message, and it’s inviting us to pay attention to repeating patterns.

Themes that first emerged during January are likely to come to the surface again. Saturn is now at 25° Capricorn: he is not exactly conjunct Jupiter and Pluto, yet we do feel his influence, especially because Saturn is the planetary ruler of Capricorn.

The presence of Jupiter and Pluto on the 22°degree is going to expand, exacerbate, and intensify issues that first came up at the beginning of the year: all those systems, structures, forms, and definitions that are obsolete and limiting will continue to break down.

Luckily, Jupiter helps us see the positive side of whatever takes place: the Lord of Abundance invites us to have faith in a higher order and in the fact that whatever falls apart can be re-created in a much better way.

With Pluto, we often witness the exposure of something that was previously hidden or unclear, while Jupiter’s influence is increasing the need for substantial and radical change. Yet, the tension and the drama that may be reflected by the Jupiter-Pluto conjunction can be fuel for our creative energy.

This aspect is associated with an incredible amount of inspiration: the Jupiter-Pluto alignment grants us the motivation we need to build new structures and systems with authentic meaning. Pluto, as the higher vibrational expression of Mars, always invites us to align our willpower and instinctual expression with our Soul’s desires and our true purpose.

This configuration represents a powerful new beginning: Jupiter and Pluto are starting a new cycle and won’t meet again until 2033. The purpose of their alignment is to inspire us to become visionary: write new rules, find new definitions of success, discover new paths, new priorities, and new standards of behaviors. We are encouraged to go beyond outdated hierarchies, traditions, norms, and conditioning, and to create something much better.

Pluto is exposing and destroying what is not authentic to allow us to make space for new structures and systems that are more aligned with our true nature and purpose. Jupiter joining forces with the Lord of the Underworld is bringing forth a huge transformation of the ways we perceive the archetype of Capricorn and all the themes related to it.

The Jupiter-Pluto conjunction is not only reflecting a dramatic transformation in the structure of society and the economic system: it is having a direct effect on our emotional and physical bodies, on the structure of our consciousness; it is affecting our beliefs, our dreams, and our vision for the future. Each and every one of us is now being urged to release resistance, let go of what does not feel authentic anymore, and join the global shift fearlessly.

Comment below what resonated with you the most and tap on the heart if you enjoyed this article!